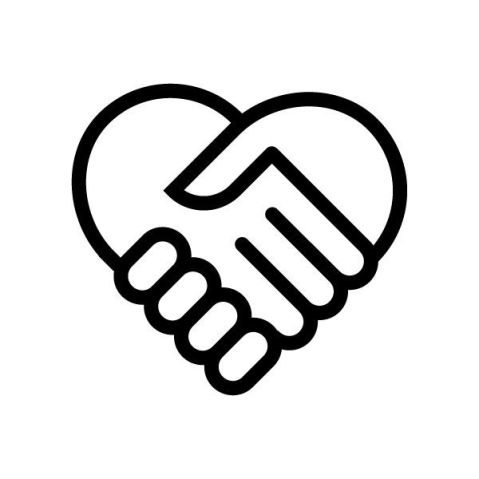 Unless you do extensive market research and spend hours doing detailed comparisons between service providers, as a business owner it can be hard, to near impossible, to work out if you are getting a fair price for the goods or services you want to buy.  After all, you know that for every dollar that goes out of your businesses to pay for new stock or advertising, there’s increased pressure on your sales arm to make that dollar back, plus some.  What might make you even more reluctant to spend is the fact that at the end of the day, you know you need cold, hard cash left over in the bank to pay the bills that show up like clockwork every month, like loan repayments, utilities, payroll and rent.

But what if there was a way to invest in your business or obtain goods and services without having to part with precious cash reserves?  Instead, what if you could pay for what you wanted with your own slow moving stock?

Well businesses can, and they do.  It’s called bartering, and while it can hardly be considered a radically new concept, for many businesses it feels as radical as handing over the company’s social media passwords to the grad that parties hardest in the office.  Yet believe it or not, according to Harvard Business Review, in 2011 the barter economy helped businesses pocket a cool $12 billion by trading their unwanted or underused assets for services they needed to grow their business.

The high level benefits of bartering include:

Just like p2p lending has removed banks as middle-men, bartering removes cash from the transactional equation.  For example, let’s imagine a local mechanic John realises he needs the services of a lawyer in the purchase of his new garage.  He searches within his barter network and finds Susan, a lawyer willing to exchange her services for tune-up work she needs done on her new car.  A successful barter is made, and no cash changes hands.  John gets the advice he needs on settling the new property and can put the cash he would have spent getting a lawyer on his property down-payment instead.  In return, Susan gets a tune-up on her car and avoids the hassle of having to find a suitable mechanic at late notice for a fair price.

It seems all well and good until one considers the following question – just how exactly does John find Susan ‘in time’?  And how can such conducive trading conditions possibly be repeated time and time again for both John, Susan, and other barterers?  Well, detractors of bartering argue that they can’t.  It’s a problem economists call the ‘double coincidence of wants’, the requirement that each trader must have what the other desires, at the point in time at which both want to trade.  And it’s a problem economists argue makes money such a useful form of exchange in comparison.

So trying out another scenario for size, if Susan had no need for a mechanic today, why would she take up John’s suggestion of a trade?  Well, two possible scenarios can arise as solutions here.  Either Susan can:

While the popular consensus, from Adam Smith to the modern day, is that bartering pre-dates money as a form of exchange, many anthropologists now believe quite the opposite.  David Graeber, a professor at the London School of Economics, is one of those voices.  His book, Debt: The First 5000 Years, draws together research that debunks the myth of bartering being a primitive activity.  Instead, Graeber provides compelling evidence from a number of researchers that bartering developed amongst society as a way to continue to trade in cash strapped times, for example in the wake of a financial system melt-down.  Bartering therefore is an evolution, not a devolution when it comes to trading sophistication. In fact the concept of being ‘indebted’ pre-dates our traditional money exchange entirely.  Nowadays however, the concept of keeping ledgers between ourselves and our neighbours has become near impossible in an urbanised world.  The necessity of repaying ones debts to fellow villagers has all but evaporated.  Status in our communities is no longer found in our ability to lend and give but in our ability to hoard.

Coming back to John and Susan, is not the solution to their double coincidence of wants purely a marketplace problem?  That is, if a compelling algorithm could take John’s requirements and match them up with Susan’s, surely we could minimise the time it takes to achieve a successful match.  And when we start thinking about matching compatibility algorithms, one can’t help but think of the enormous success online dating sites like e-harmony have had in employing the exact same concept.  For surely finding a life partner is the personal equivalent of a ‘double coincidence of wants’?

Much to the bewilderment of the Baby Boomer generation, online dating is today’s reality for singles around the world.  Algorithms such as eharmony’s, that manipulate complex adaptive survey results, to other dating apps like Tinder and Hinge that use algorithms based on an individuals social network, have proven that inefficient market places, like dating, can be turned on their heads by technology.  In one day an individual can go from no dates to far too many dates.  It therefore doesn’t seem so much of a stretch to imagine a business could go from no trading partners to many just as quickly.

It would seem there is an opportunity for up and coming fintech players to transform bartering from the sideline show it is today into an efficient and workable form of exchange.  If successful, to some extent it would mean removing traditional money from the transactional equation, directly impacting those that profit from transactional services – banks.  Ultimately, if I have something to sell and you are in a position to buy, why should I pay a bank for the privilege of handling our transaction?  Well, as with most things, ultimately this comes back to a recurring theme in the subject of fintech, banking and money in general – the concept of trust.  Yet marketplaces like Airbnb and ebay have conquered this using seller and buyer reviews as a way of imparting ‘exchange confidence’ amongst their networks.  A similar concept is no doubt already being used by the barter exchanges that exist today and could be amplified.

So if bartering really is the next evolution of trade, it would seem small business have the most to benefit – preserving working capital is a tricky business after all.  And while p2p lending for businesses is a great step in the right direction, maybe the more dangerous idea when it comes to fintech is a world in which traditional money isn’t needed anymore at all, and SMEs can barter their way to profitability, bank free.

3 thoughts on “Bartering, dating and banks – a fintech love triangle”