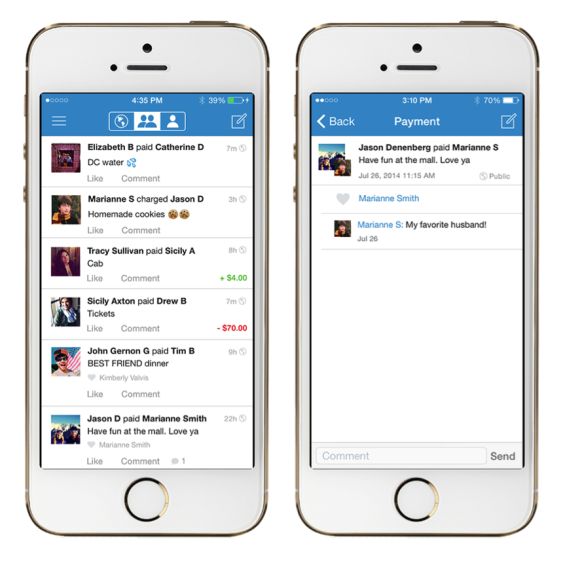 A number of well known companies, banks included, have successfully leveraged network effect strategies to create not only hugely profitable businesses but products and services that over time, continue to increase in value as the networks increase in size. Could fintech startups do the same?

If they were to try and replicate the strategies of their forebears, the banks, probably not. But with a new data and technology driven approach, and a little creativity, surely anything is possible?

What are network effects?

For the uninitiated, a simplistic explanation of positive network effects is that they arise when a product’s use results in an increase in its value for some, all or incoming network participants.

In fact, tap into the strategy of any seriously disruptive business – Amazon, eBay, Apple – and more often than not you’ll find a network effect strategy played a major role in the company’s early days. Often loss making in the beginning, network building strategies employed by disruptor companies are critical in reaching the acquisition ‘tipping point’ required to create a sustainable economic moat.

Such moats are even more invaluable than ever before, where, thanks to increased competition and automation, fintech companies face the prospect of considerably slimmer future margins. This makes time a crucial commodity. The longer they can stave off competition the more likely they are to survive the crucial first few years.

So where do financial services sit within this line up? Well, firstly it’s clear the banks have been pretty effective at getting us all on board their train. Similar to Facebook’s dominance in online social networking, banks have been extremely successful in developing entrenched networks between themselves and consumers. I challenge you to name anyone over the age of 15 who doesn’t have a bank account. In fact, when you think about it, getting the majority of the developed world set-up with online banking, let alone bank accounts has been a huge achievement of the past few decades.

However, like many mature organisations, at some critical mass point, doing nothing or simply tweaking existing products becomes more profitable than sinking resources into new products designed to solve new financial problems.

Yet unlike other industries, thanks to their so far ubiquitous role in our lives and economies, banks have succeeded in tightening up access to their networks, protecting their turf and throttling the creation of new products through government regulation and sheer economies of scale.

But it’s not all doom and gloom. Networks, like civilisations, are capable of dying out or becoming toothless, especially when environmental and market dynamics change. And there are a few large dynamics now at play that could prove the undoing of many.

The first has been the river of product information the internet has undammed, transitioning purchasing power away from producers of goods and services to consumers. We’re at the tail end of this disruption in retail and its wider effect has been to sub-consciously prime consumers like you and I to seek out network effects that bring us better purchasing power in other areas of their lives. Financial services are the logical next step and inroads are slowly being made by the p2p lenders. True mainstream innovation is still lacking however.

The second dynamic, perhaps still in its infancy but growing up fast, is the power of blockchain technology to create trust in the absence of an all knowing, omnipotent central entity (read bank). The distributed ledger has far reaching consequences and is incredibly exciting. For a collated list of possible uses of blockchain, check out this post from VC firm Ledra Capital.

In my opinion, these are two of the most powerful concepts that a fintech startup can leverage when it comes to devising a network effect strategy capable of creating a decent economic moat. With that in mind, here are a few practical ideas that put these concepts to work.

Harness the buying power and financial expertise of your friends

Venmo, recently acquired by PayPal, is proving that people are interested in knowing what other people are spending money on, and that some us are willing to share this information. And while the innovative social payments utility of Venmo probably drives the bulk of the company’s network effect strategy, the voyeuristic aspect of seeing what your friends have split bills over is a value add that shouldn’t be ignored. Why? Because it taps into a deeper, subconscious biological driver all of us have.

Faced with a bombardment of information, over thousands of years of evolution our brains have been wired to seek out decision making shortcuts (think online customer reviews, recommendations from friends etc). And all the better if those decision making cues come from social circles we trust. Hence the rise of services like TripAdvisor and AirBnB. I’m guessing that like me, you’re far more likely to book a room on either of these platforms if you see a review from someone you know and trust. Maybe you’re just as likely to buy products your social circle has purchased as well.

But we don’t just (secretly) love knowing what people spend their money on. We also love knowing how they invest money, how they save, how they reduce their mortgage, where they refinanced. So could the Venmo concept be extended further to financial advice? What if you could join a social ‘finance’ platform that allowed you to share what you’re doing with your friends, then learn from them as well?

The data collected in such a platform could be used to deliver platform participants better deals. Imagine both you and a few online friends/acquaintances are looking to buy a car at the same time. If you took your collective business to one loan provider, would you be more likely to get a better deal than if you each acted alone?

B2B payments via the blockchain

A lot of attention is being paid to the use of blockchain for cross-border payments. But not much is being given to in-country B2B payments, which for small to medium sized businesses still represent a fair chunk of their profit margins each month. But what if a blockchain PayPal like equivalent created a closed system for B2B transactions between consumers and merchants?

With fewer mouths to feed in the transaction flow, costs could be evenly shared with both consumers and merchants. In return, thanks to negligible transaction handling fees, merchants could offer the platform’s digital wallet and currency users better deals on everyday products and cross-sell within the platform’s merchant community. Merchants could even anonymise and share data with each other about seasonal trends, unlocking intelligence to help them grow their business.

Starting a business and making it successful is hard work. To rise above the masses, the fintech startups that will succeed where others fail are the ones who will show us how their products can help us tap into the in-built desire we all have to connect with one another. In my opinion, that’s one of the key ingredients in the secret sauce.