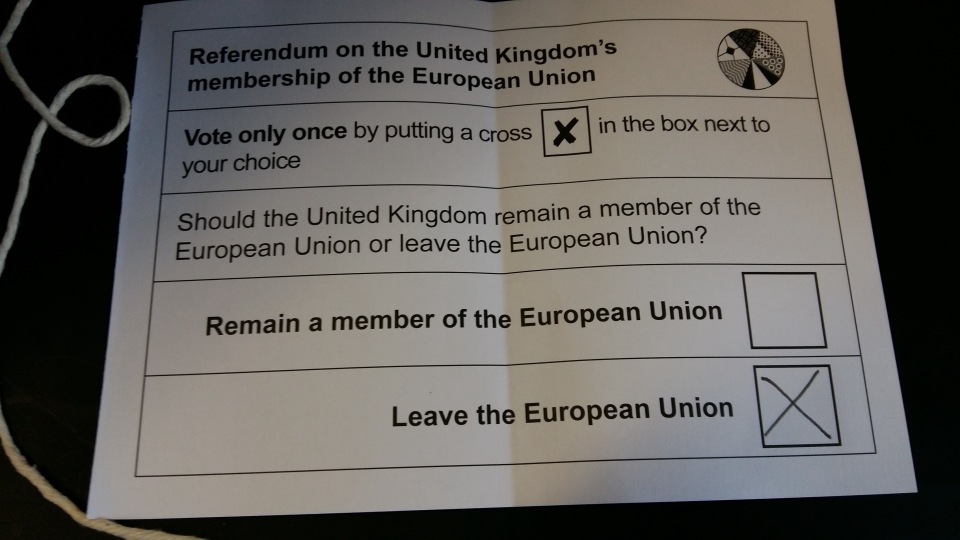 The events of the past few days have demonstrated how fast the economic ground beneath us can shift. With markets and bookies pricing in a win for the ‘remain’ campaign, the carnage that was seen across global bourses was for some a wake up call to the growing swell of populism across the US and the UK.

There is no question this populism is rooted in the growing gap in income inequality between the ‘have’s’ and the ‘have not’s’, which has found its outlet in Trump, Sanders and most recently Brexit. And while it is simplistic to explain away ‘leave’ voters as uneducated, racist and intolerant, the reality is the increasing desire for nationalism is far more complex than this.

In his excellent online series for the Guardian, ‘Anywhere but Here’, journalist John Harris takes us on a journey into the heartland of the UK and the US, as he seeks to understand the drivers behind the issues dividing both nations. For the most part he encounters a dislocated people, a devolving middle class, and a generation of baby boomers frightened for their children’s future. Who better to understand what life was like then compared to life now, and more importantly, what’s been lost in the years past?

The narrative of lost opportunity, offshoring of jobs and a deep seated mistrust of financial institutions, governments and the media makes up the tapestry of the social fabric outside of the metropolitan centres. And voters are fighting back at the polling booths.

Brexit and Trump merely show us the groundswell of disaffected people has now reached its tipping point. More people perceive themselves as worse off than well off. And if income inequality is in part due to financial instruments and central bank policies, where does that leave us in the context of fintech?

Has banking lost its way?

In my opinion, today banking and the financial sector at large finds itself at a nexus of change much greater than just that of technology. It can longer continue to serve two masters – shareholders and customers – to the ultimate benefit of both. Retail banks wedded to high returns on equity made by passing through costs to borrowers and lenders – those engaged in the productive arm of the economy – is no more than extractive finacialisation.

When financial institutions ‘mine’ both borrowers and lenders in this way, they reduce the ability of either to engage in productive, real world outcomes, such as expanding their workforce or reducing household debt. Populist movements are the casualties of such strategies, as growth in debt and its servicing burden outstrips wage growth.

A recent study from economic historian Alan Taylor et al,  sheds light on another telling datapoint about how banks are choking the engine of economic growth.

Up until the early 20th century, the study found the main business of banks consisted of making unsecured corporate loans. Today however, the main lending business is to extend mortgage credit, often financed with short term borrowings. Mortgage loans account for somewhere between one half and two thirds of the balance sheet of a typical advanced-country bank today. 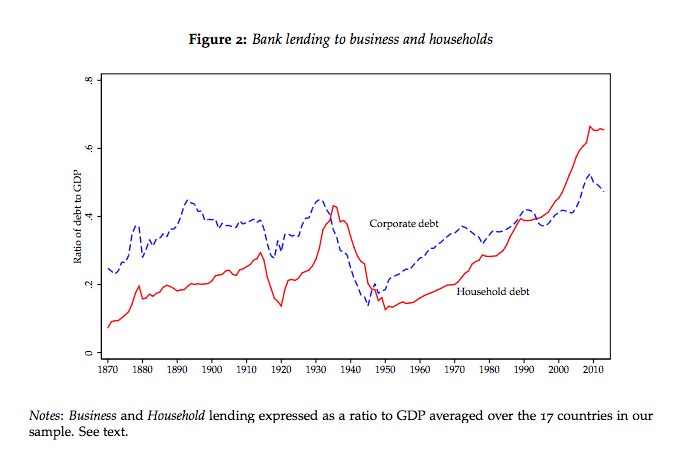 At some point, the inflection point must arise. If businesses can no longer adequately access growth funding, then they can no longer employ workers, either freezing hiring, retrenching, or moving operations offshore. Developed economies will be left with citizens either unable to service the debts they already have, or an incoming generation of workers priced out of property markets. Both outcomes lead to dislocation, with Trump and Brexit its outlets.

Fintech has a huge opportunity to drive real economic growth. In doing so, it is important that it is not held back by being lumped in the same regulatory category as the incumbent banks. To treat a challenger banking institution the same as an entrenched, multi-billion dollar bank is a disservice to the very businesses and financially underserved individuals fintech companies seek to address.

Fintech as an agent for the democritisation of wealth creation must be high on government agendas. As John Harris’s series for the Guardian shows, both countries’ citizens are crying out for the opportunity to be gainfully employed verses living on welfare. So while the standard, cut and paste political party rhetoric about jobs is important, the nuance is that people today require jobs that provide income security and allow them to get ahead, not spin endlessly on the economic equivalent of the hamster wheel.

You can almost guarantee that when people are feeling reasonably happy such a rise in nationalism and populism as we are seeing today wouldn’t be happening. Fundamental income inequality is at the heart of the problem. If, like me, you believe the financial sector has a role to play in righting the wrongs, then the question is, what’s your fintech startup going to do about it?

3 thoughts on “Income inequality, Brexit, Trump and the role of fintech”